The Entertainment Technology Center at the University of Southern California (ETC@USC) is a think tank and research center that brings together senior executives, innovators, thought leaders, and catalysts from the media, entertainment, consumer electronics, technology, and services industries along with the academic resources of the University of Southern California to explore and to act upon topics and issues related to the creation, distribution, and consumption of entertainment content. As an organization within the USC School of Cinematic Arts, ETC helps drive collaborative projects among its member companies and engages with next generation consumers to understand the impact of emerging technology on all aspects of the media and entertainment industry, especially technology development and implementation, the creative process, business models, and future trends. ETC acts as a convener and accelerator for entertainment technology and commerce through: Research, Publications, Events, Collaborative Projects and Shared Exploratory Labs and Demonstrations. 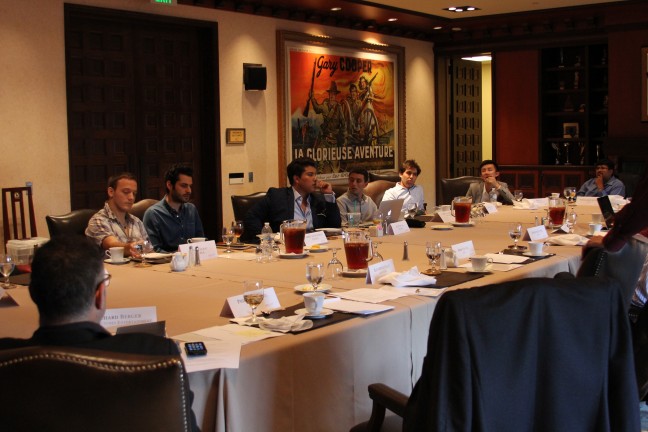 ETC@USC was founded with the help of George Lucas in 1993 with the goal of bringing technology and entertainment visionaries together to collaborate on the future of entertainment technology. Along with USC’s School of Cinematic Arts, our Executive Sponsoring participants are: Cisco, Iron Mountain Entertainment Services, Lucasfilm Ltd, Nagra | The Kuldeski Group, Paramount Pictures, Sony Pictures Entertainment, Technicolor, Twentieth Century Fox, Universal Pictures,  The Walt Disney Studios, and Warner Bros. Entertainment.

ETC was established with the mission to be a neutral research organization devoted to identifying pivotal, emerging entertainment technologies and creating programs to analyze and test them. ETC first distinguished itself with its Digital Cinema Lab, which created an accelerator and a neutral home for the discussions that led to the creation of the Digital Cinema specification (by DCI) and the worldwide rollout of Digital Cinema. The Digital Cinema Lab’s success provided a template for the creation of ETC’s other industry-shaping laboratories: the Anytime/Anywhere Content Lab and the Consumer 3D Experience Lab.

For more information on what we do to move entertainment technology forward, visit our activities page. For a more in-depth description of the center, download the ETC Overview here

NEUTRAL SETTING: the ETC does not endorse technologies, products, services, or vendors. Participation in ETC activities is not an explicit or implicit endorsement of any technology, product, service, or vendor.

Ken is a longtime entertainment and media professional including an almost 20-year career at Columbia Pictures and Sony Pictures, where he founded the Digital Studios Division and co-founded Sony Pictures Imageworks, the Academy Award winning visual effects, animation and multimedia company. For the past two years, he has been a private investor and consultant in the entertainment and media space. Previously, Ken held C-level positions with Captive Media LLP, Ascent Media Group, and Technicolor Digital Cinema, LLC.

Edie has been a part of the Entertainment Technology Center since 1994 where she oversees the center’s day-to-day operations, including sponsor memberships, events, budget, contracts, program management and staff/student supervision for ETC projects and initiatives. Before moving to California, Edie worked at the State University of New York, Buffalo State’s Center for Development of Human Services as an evaluation specialist and, among other accomplishments, helped to implement an application for the NY State medical assistance program.

Yves is a data scientist and the director of the AI & Neuroscience in Media Project at USC’s Entertainment Technology Center, where his team helps the entertainment industry accelerate the deployment of next-generation analytics standards and solutions, including artificial intelligence.

He is also the CEO of AI engineering firm Novamente, which applies neural-symbolic Artificial General Intelligence to large enterprise problems, with clients like the Center for Disease Control, the National Institutes of Health, DARPA, IARPA, Intel, Cisco, or Lockheed-Martin. Novamente is the AI developer behind Hanson Robotics’ “Sophia” profiled on CBS’ 60 Minutes and The Tonight Show with Jimmy Fallon. Yves’ team also built the world’s very first fully autonomous AI-driven hedge fund, Aidyia, profiled in Wired and on Bloomberg TV.

Yves is a complex systems expert with 15 years of experience modeling high-velocity markets for public and private sector clients. Before Novamente, Yves managed business development at analytics firms Bottlenose and Ranker in Los Angeles. He was part of the founding team at Singularity University, a joint venture between Google and NASA, which aims to leverage Artificial Intelligence and other exponential technologies to help solve the world’s greatest problems.

Philip Lelyveld runs the Immersive Media Initiative that studies and works to influence the creative, technical, social, and business issues that will shape this new, emerging art form. Phil is currently working on the rapidly evolving ecosystem that includes immersive media, IoT, AI, and blockchain. He is producing a series of Immersive Media Challenges; asking current students and recent grads to come up with ideas for experiences that are not possible today but could be in 3-5 years, and to describe what it will take to get ‘from here to there.’ 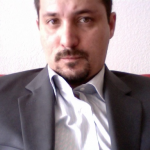 Erik Weaver, a specialist focused on the intersection of cloud and the media and entertainment industry, is currently director of ETC’s Adaptive Production project and special projects. Prior work at ETC includes “Production in the Cloud” that encompassed many aspects of the cloud, including transport, security, metadata, long-term storage, and the formation of an agnostic framework that unites key vendors and studios. Erik was also global M&E strategist for Western Digital.  Weaver has fostered and achieved many accomplishments in the M&E market including executive producer of “The Suitcase,” (CAA’s People’s Choice award, 2017 Tribeca Film Festival), a project focused on HDR, cloud-based workflows and Live 360; executive producer of “Wonder Buffalo” (2017 SXSW Interactivity competition) that focused on an HRD first, Cloud, & Volumetric capture. The project brought together by Volumetric capture, Photogrammetry, Ambonisic(?) sound, and interactivity. He chaired/programmed NAB’s “Next Generation Media Technologies” Conference 2014-2017, as well as vNAB/vETC 2015-2019.  Erik also led the SMPTE C4 MR30 Standards group, which oversaw and helped educate the M&E industry on using C4, Semantics, and NoSQL for Managing Motion Picture Data.  He has spoken at dozens of M&E conferences and tradeshows.

Following his experience as a technical director in dance and repertory theater, George moved to Los Angeles for LAOOC’s Olympics Arts Festival. In 1987 he joined Walt Disney Pictures where he managed the legendary Ink and Paint department at Feature Animation at the beginning of their transition into the electronic world. At Walt Disney Imagineering he was the first general manager of the Architecture & Facility Engineering group. He graduated to Creative Development at Imagineering as a senior concept designer where he was pivotal in the concept development of Disney-MGM Studios Europe, Tokyo Disney Seas, and many other break-through projects. He moved to Disney Televentures and worked on navigational concept development for a Disney video partnership with various telephone companies. George was part of the exciting growth moment in mobile at the Walt Disney Internet Group and eventually moved to corporate Disney to evangelize a broad view of intertwined entertainment and technical issues. He has always focused on understanding and communicating by visionary example, the entertainment value of technology change.

Rob is a media consultant, freelance writer, and communication professor currently based on the east coast. He joined the ETC in 2008 for our live reporting from the Consumer Electronics Show and has since been involved with a number of ETC initiatives including our ETCentric publication, annual CES coverage, and the cross-industry Interoperable Master Format technical specification. As a consultant, Rob has worked with an array of industry innovators in digital cinema, media asset management, content distribution, and various business and creative strategies involving digital technologies. Rob was formerly with the New Technology &amp; New Media department at The Walt Disney Company where he managed online and video communication initiatives. He earned his MFA in Film Studies &amp; Screenwriting from the University of Miami and studied multimedia at the American Film Institute. His professional background includes corporate communication, entertainment media technologies, film & video production, and saltwater big game fishing.

As VP Advanced Technology at The Walt Disney Company, Dennis was responsible for building an enterprise technology culture and social network by bringing Disney’s innovators together to facilitate shared learning experiences, enable new business opportunities, and build a digital media infrastructure. At Disney Imagineering, he co-authored the original Disney Channel Business Plan, which created Disney’s first cable television network. He analyzed the European consumer market to provide guidance on theme park design for the Euro Disneyland project and led Imagineering’s introduction to computer graphics technologies, which transitioned the creative process from analog to digital. Most recently, he directed a multi-company project team to report on consumer electronics trends for the ETC. He served as account director for the Taproot Foundation where he led a website development team for the Asian Pacific Health Care Venture. Dennis is also an avid photographer, and was awarded Grand Prize in Scouting Magazine’s annual photography contest.