The Entertainment Technology Center @ the University of Southern California held its 8th annual Studio Technology Leaders Dinner on June 26th, coinciding with the 26th anniversary of ETC’s founding. The event, underwritten by supporting sponsor Equinix and contributing sponsor WekaIO, honored industry leader Leon Silverman with the Bob Lambert Technology Leadership Award and featured a panel on some of the industry’s most pressing issues in “Media Fundamentals in Flex: Conflict, Chaos or Collaboration.”

Executive director & CEO Ken Williams (below) opened the night with an update on ETC’s recent work to tackle the industry’s “most interesting and vexing problems,” including the state of adaptive production, cloud-based post-production, blockchain technology for the media and entertainment industry, VR/AR, big data and analytics, machine learning/AI, smart cities, and the media and commerce opportunities of IoT. Williams also announced that ETC will launch another track on 5G enablement within the next year. 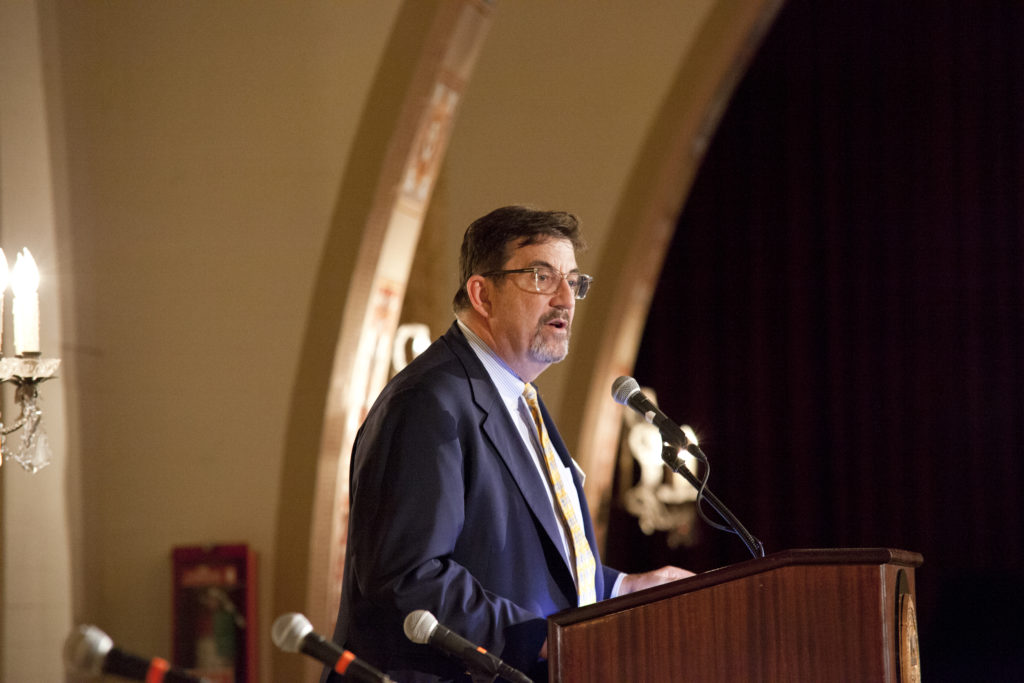 Williams then introduced and congratulated the incoming chairman of ETC’s executive board of directors, Universal Filmed Entertainment Group CTO Michael Wise. Wise leads the development and execution of a comprehensive technology strategy for Universal Pictures and is responsible for the day-to-day delivery of all technology initiatives and operations in support of the studio. He has been a member of the ETC’s executive board for the past four years.

“I’m honored to chair the ETC,” commented Wise (below), “and along with my fellow board members, I look forward to creating opportunities for our industry at a time when rapid advances in technology continue to drive unprecedented innovation in how we create and tell stories.” 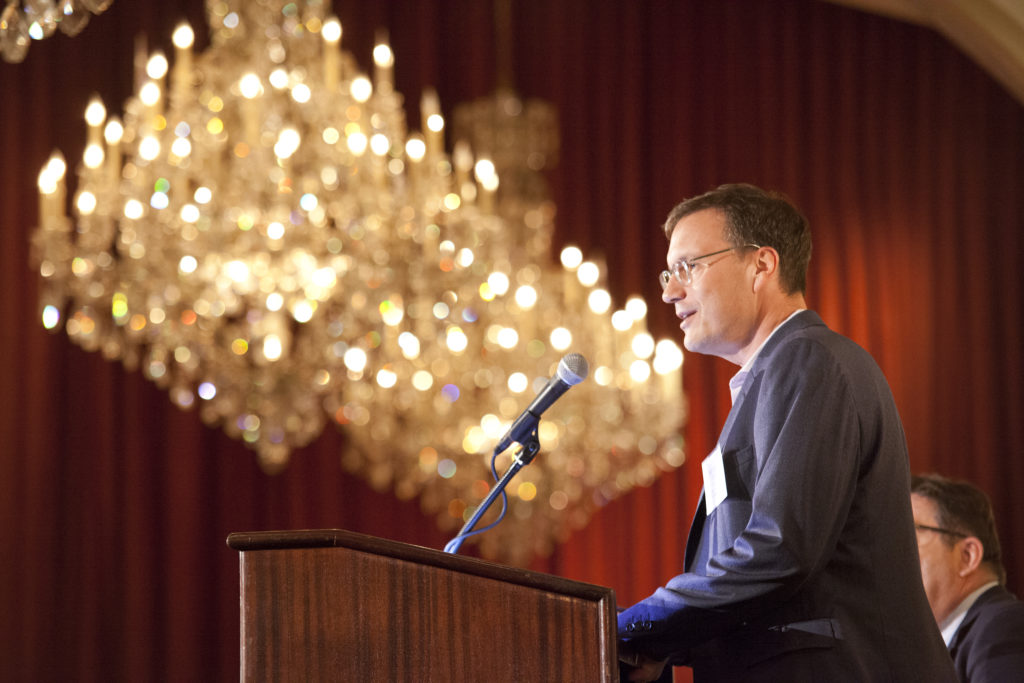 Williams also took a moment to thank the outgoing chair and former CTO of 20th Century Fox Film Corporation, Hanno Basse, who has served as ETC’s executive board chair since December 2016.

Equinix chief executive Charles Meyers (below) also welcomed attendees, speaking on the transforming nature of digital media and industry. “The architecture of choice is emerging and it has a logical home — the digital edge,” he said. “Our value proposition is our global reach to 24 countries and 52 markets, and we’re proud to work with many of you. You make us better at what we do.” 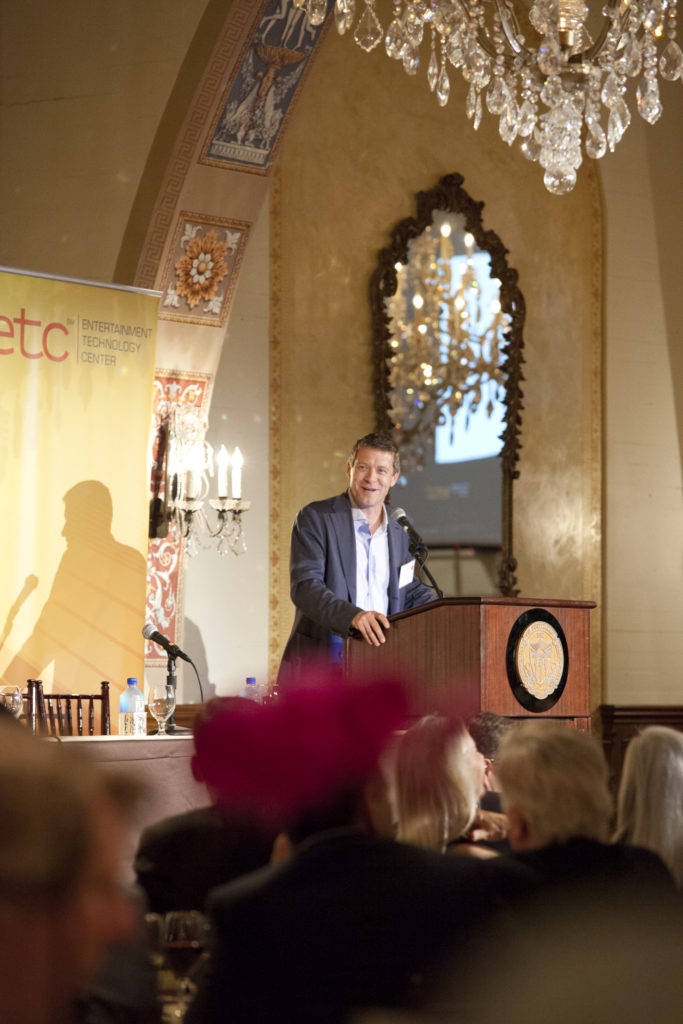 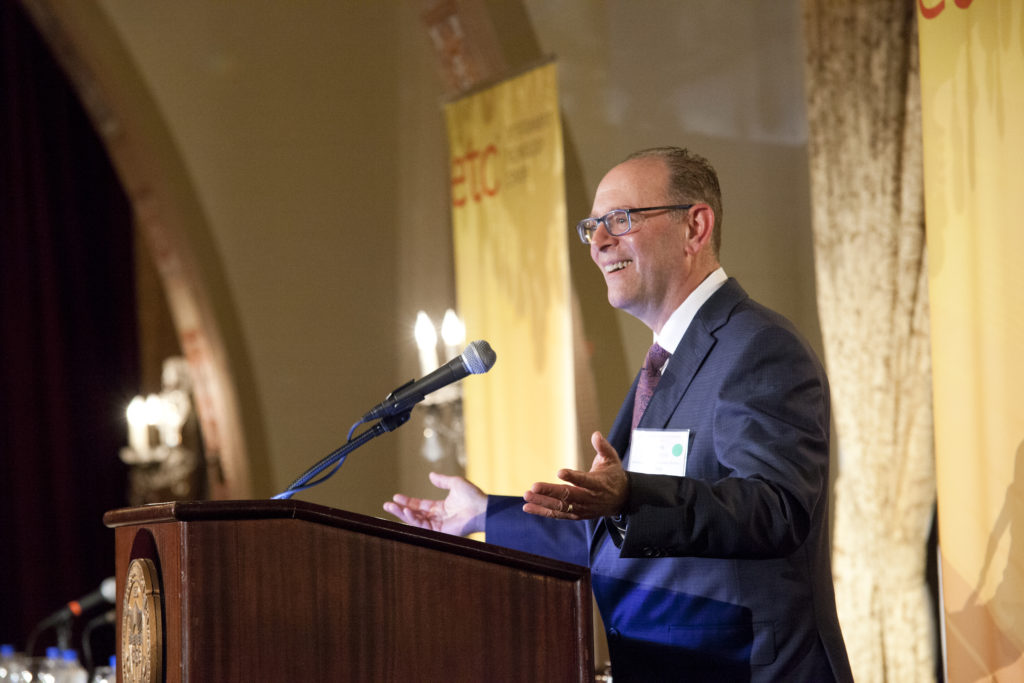 “Thanks to all the people in this room and so many other people in my life who have mentored me, taught me, challenged me, supported me, especially my wife Suzanne, my partner and rock,” Silverman said, also acknowledging Dean Elizabeth Daley’s “visionary guidance, Ken [Williams’] leadership of the ETC and the continuity and smiling face of ETC, Edie Meadows.” 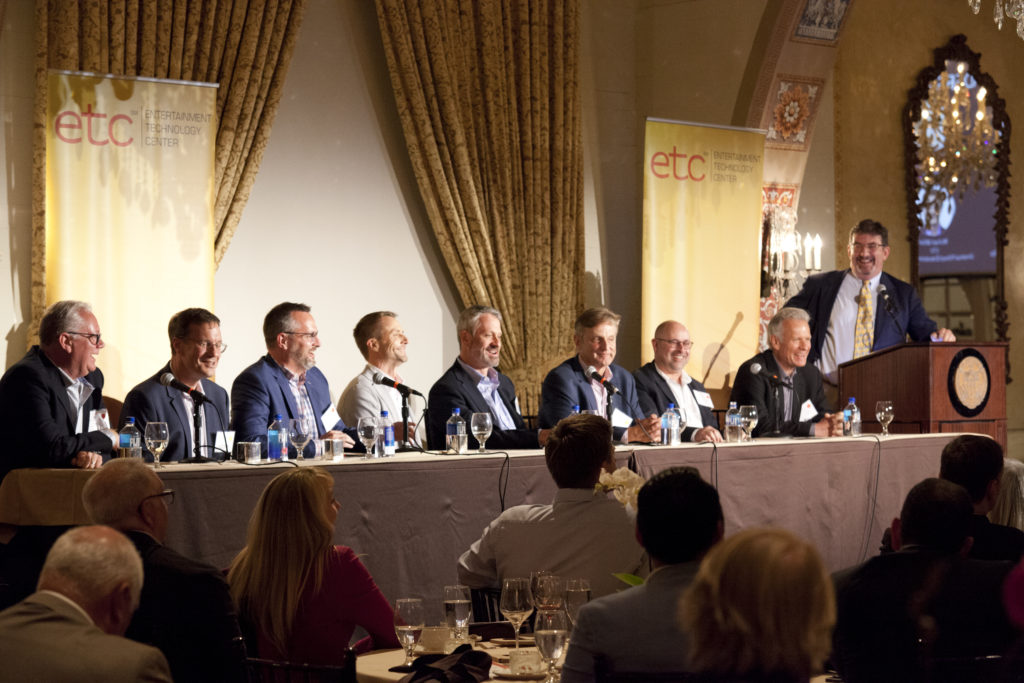 Among the trends discussed was the growing impact of massive amounts of data, the use of game engines and virtual production were also cited as significant, demystifying technology to spark greater adoption, and transforming distribution models.

On the latter subject Williams concluded, “With so many platforms out there, it’s never been a better time to be a content producer. There’s a new level of creativity and activity in our industry. I have a lot of hope in this rising generation of content creators and new types of distribution.” Williams also reminded attendees: “Don’t forget you can take risks in a university setting and learn from both your successes and failures. The ETC represents a low-cost environment for fast prototyping and experimentation.  I encourage you to spend time with ETC — we can chip away at some of these problems together.”